Notary Business Opportunities: How to Perform Notarizations for Inmates

How to Perform  Notarizations for Inmates

Notarizing a document for an inmate at a correctional facility is not any different than other types of mobile notary signing services. However, the process requires more time and preparation on your part. It involves many of the same general notary work responsibilities, but the most common notarization requests are property and vehicle releases.

A common request for an incarcerated person is to get their vehicle out of the tow yard or authorize another individual to receive their property. You will most likely be assisting the inmate via a third party who would be reaching out to you – commonly an attorney or significant other.

Identification is the biggest hurdle with these types of signings. When incarcerated, inmates have to surrender their identification, which can pose a problem if you arrive at your appointment and the signer cannot provide evidence of their identity. Keep in mind that staff at the correctional facilities may or may not agree to use a credible identifying witness to overcome a lack of identification.

If you are asked to notarize a document for an inmate, inquire as to what form of identification will be available for you to record in your notary journal. Or if you need to prepare a credible witness document to bring with you and ensure that witness will be available. Some states permit notaries to accept an inmate identification card, and some states allow for sworn statements from law enforcement as proof of identification. It is imperative that you do your research beforehand so you are prepared.

Preparing Yourself for Inmate Notarizations

Make sure to schedule extra time when planning a trip to assist an inmate. You should expect to spend at least two hours at the correctional facility. While your overall interaction with the inmate will be limited, entering the facility and checking in will require time. Call ahead and be prepared with what you can and cannot bring into the facility, the dress code, and the special rules and restrictions you must follow during the notarization. Preparation will allow for a smoother and quicker signing. Typically you can only conduct notary services during visiting days and hours, so be aware of that before scheduling an appointment with an inmate.

Arranging a location to meet at the correctional facility is another critical step in preparing for your appointment. These facilities are large, and it can be confusing if you don’t map out your exact meeting space. Have a meeting point clearly defined, and make sure to get the contact information of the person you will be meeting to re-confirm your scheduled appointment on the day of your meeting. You should also call the correctional facility to confirm the inmate has not been relocated

Don’t forget to arrange payment upfront. Do this before entering to avoid any issues receiving payment. You should price accordingly for the extra preparation time and wait time involved with these types of signings. Once inside, the focus should be on clearance for entry into the facility and completing the signing.

While completing a notarization for an inmate might seem challenging, it makes the process that much easier if you take the time to prepare for the appointment. Remember to have identification established, a meeting point clearly defined, payment predetermined, and patience. 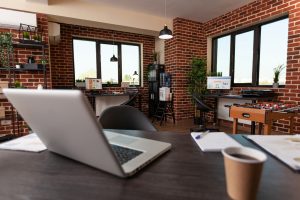 UPS Notary Service: The Pros and Cons of Using a Certified Notary

UPS Notary Services To render a legal document valid, you often will be asked to have it notarized.  This means a Notary 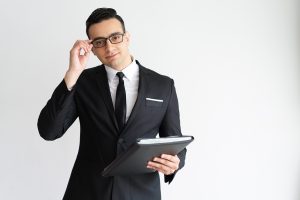 Does a Hospital have a Notary on Staff?

Does a Hospital have a Notary? If you are asked to notarize for hospital patients and their families, please keep in mind Apostille Services As a Mobile Notary diversifying your revenue stream is a way to continue to grow your business. A service commonly